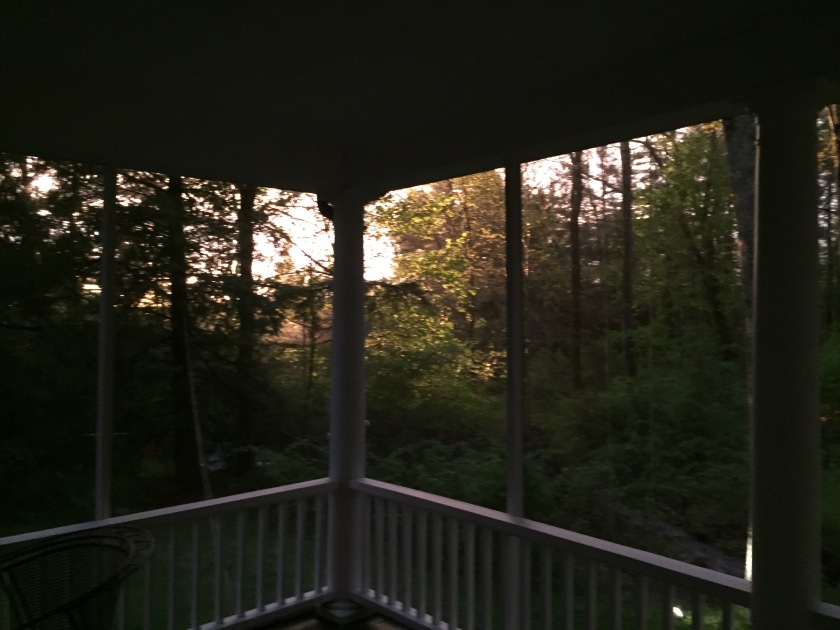 Two of our favorite guests came up last weekend. Our son Luke drove up with us friday night, filling us in on all things work, housing, podcasts and dating related (I remain vague. I strive to be a cool stepmom). He slept in the following morning while we slipped out for an early bike ride, but he was up and ready for the Great Barrington farmer’s market when we got back.  Soma pizza (http://www.somacatering.com/), fresh from its wood-fired oven, was calling.

It was at this farmer’s market where we found our other guest. Danielle was up in our neck of the woods to complete her last leg of interviews for a piece she’s writing about the Berkshires food scene (!), including one with Laura Meister of Farm Girl Farm (http://farmgirlfarm.com/), whose stall was around the corner from Soma pizza, so we left her to her interview while I bought our first stock of herbs. 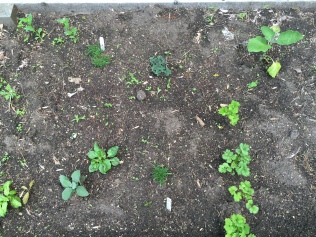 I’d just finished planting the cilantro when Danielle pulled into the driveway, loaded down with Rubiner’s cheese, olives and crackers (http://www.rubiners.com/) and some good wine. Just as the rain began to fall. 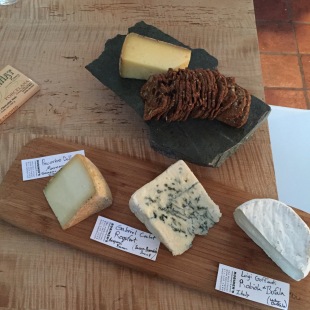 As she unwrapped her bounty, laying them out on the cutting board, Luke and Bertrand made the pesto for dinner. “Lets take this out to the porch,” I suggested, picking up the bottle of rose as Danielle followed with the cutting board. We settled into the outdoor sofa, sipping our wine and testing the cheeses as the trees bristled and the raindrops intensified. 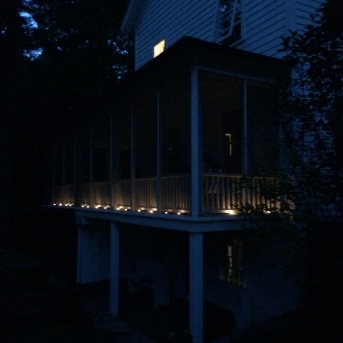 Danielle and I go pretty far back. The first time we met was on a press trip to Guerney’s Inn in Montauk decades ago. She was young, chipper and outgoing. Me, not so much, especially to someone significantly younger than I. While she was still green and eager (early twenties), I had already turned sour and omniscient by 32. What a jerk I must have been. Fortunately, she does not remember this, or at least she’s nice enough to say that. I got a second chance, fortunately, when the two of us covered the Europe fashion shows for our respective magazines years later. As beauty editors, we never were part of the cool kids table (aka fashion editors), so all the easier to bond.

And bond, we did. We bonded over cigarettes and merlot, we bonded over hating the backstage security guards who got off on making us wait forever before letting us inside the tents, when all we really wanted to do was zip in, interview the hair and makeup artists then leave; we bonded over the silly importance of a front row seat (from our shared, squeezed spot back in the fifth row) and we bonded over which backstage photographer, our brothers-in-arms, was the cutest (Robert), which was the wittiest (Franz), and who was the craziest (Bardo. She’ll agree on at least one of my votes).

My favorite Danielle-ism was uttered during a particularly high (or low, depending on how you see it) moment of Paris pretension. We were leaving some fancy show, having completed our reporting but not warranting a seat. As we swam upstream against all the peacocks flooding in, Danielle hunched forward and clasped at her belly.

I’ve teased her about that line for years, but she nailed it. 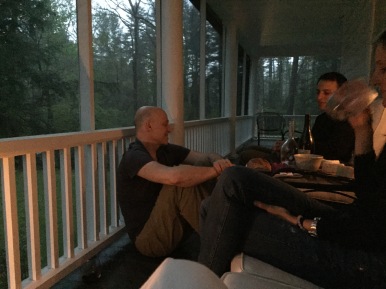 There would be no soul taxing this night. We fueled our souls with fresh, local, sometimes healthy food. The cheese, the Bizalion’s baguette, the wine.

When Bertrand and Luke finished making the pesto, they joined us outside, catching the last of the storm, which had ended as quickly as it had begun, depositing a spectacularly vibrant burst of sun and a double rainbow. And then it was dark. Dinner time. 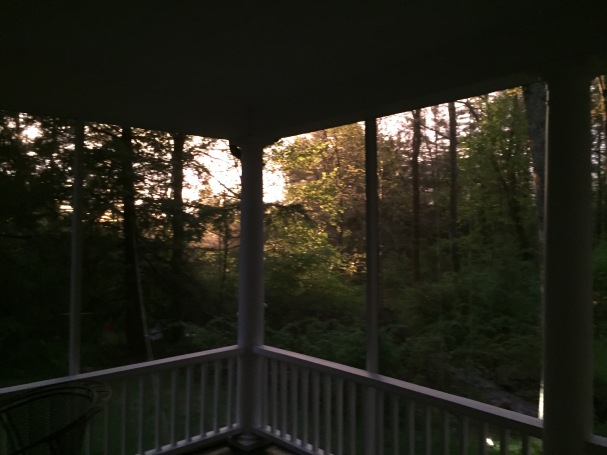 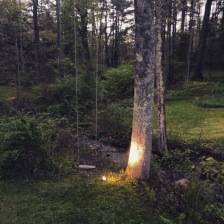 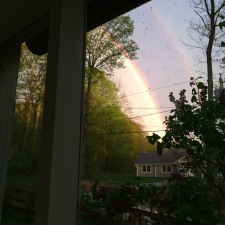 Danielle and her husband Devin have bought a fixer-upper near us up here. It’s still very much in its fixer-upper stages, so they and their kids are frequent company, which we love (Devin is a mean chef.). Of all our New York friends, we’re thrilled that they are the ones who’ve understood–and acted on–the magic that is the Berkshires. I’ll post her article when it comes out. 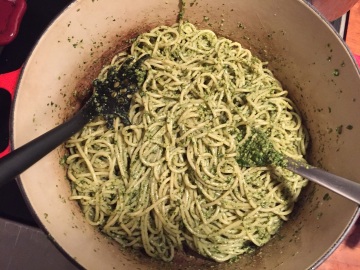 Mix the first five ingredients in a food processor, until roughly blended. Salt to taste. Mix with freshly boiled pasta.

Luke’s comments: However bad my first batch comes out, I don’t like trying to fix it because I don’t want it ground down too much. That’s just me though. That night, my first batch was too salty, so I didn’t use any salt in the second batch and went easy on the cheese. I then combined the first 2 batches in a bowl, then did the same process with the last batch. If in the end I mess up, I maybe sneak in some butter (unsalted or salted depending on the nature of the mess) which covers up your problem nicely.