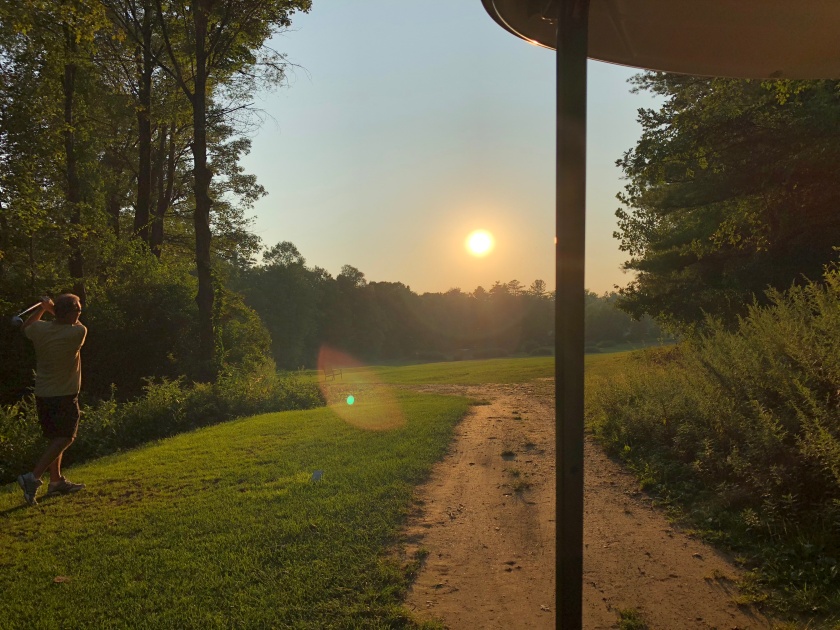 We all have our own Proustian moments. I’ve certainly got a few, and one that’s been nagging at me this Summer is the sesame chicken salad that Mangia used to make back in the Eighties. Yes, the EIGHTIES. Despite the fact that 30 years have passed since I regularly scooped it into little plastic half-pint containers, I can still taste it.

What I remembered most was the sesame oil—the chicken was practically drowning in it. And the abundance of delicious pecans! I remember selectively spooning more than my fair share because their nutty flavor just worked so well with the others.  I swear, I place this dish toward the top of what steered me to want to learn how to cook.

Who know, maybe they still make it, but their midtown west NYC location is not conducive to any of my usual work spots, so I’ve had no reason to stop in and see. And why should I when I have re-created it so perfectly. Dare I even venture to say, mine is even better? It certainly didn’t start off that way.

The first attempts sucked, mostly because I did not know there was such a thing as sesame oil back when I started experimenting. I’d use olive oil instead—rookie move. I was also decades from discovering the magic of rice vinegar. Did I use balsamic when I began attempting in my late twenties? Dear god…

Last week, on a not particularly humid afternoon,  I was suddenly hit by the thought: Sesame chicken salad. I couldn’t believe how excited I was. Not only had it been ages since I’d made it, but, more significantly, Bertrand and I had been experiencing something of a brain flatulence around the dishes we liked to make. We could not remember so many of them.

My friend Maria does a brilliant thing: she keeps a gorgeous scrapbook of every meal she serves. The guest list is also included, and she even pastes in the thank-you notes (say what you want; it’s a good idea). As much as I covet her organizational skills, as Dana Carvey used to say in his George Bush impersonation, Na ga da. [“Not gonna do it.”] The closest I’ve come is buying a utilitarian notebook from Muji and scrawling in recipe names when I remember. Of course, the book is never with me when a memory strikes, so you can only imagine how well that plan is going.

That sesame chicken salad spark was just the revelation I needed to get pumped about creating again. I grabbed all the ingredients at Guido’s, then unloaded it onto the kitchen counter.

Now here’s the thing about shredding chicken: it is the biggest pain in the ass. Is it worth it? Unless it’s part of a delicate dish, I say pass and pick up the chopping knife, especially when the guest list is long. I decided to make it for 15 guests the other night and I nearly pulled my hair out.

That said, it killed. Fortunately—typical us—we made way too much, and the longer the ingredient got to float in that divine dressing, the more magical it became.  My brother visited a couple of days later, and after playing nine holes of golf in the stifling heat (even at dusk!), we happily scarfed it down with some chilled rose. 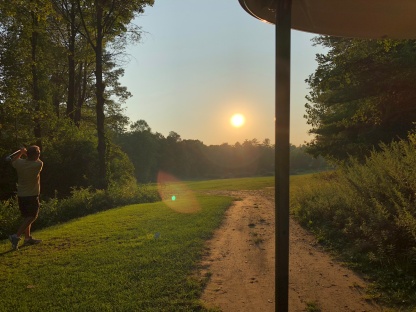 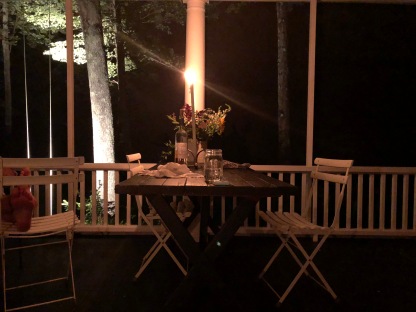 It’s been cool for a few days, but they say another heat wave is heading our way. Do yourself a favor and make this salad. And skip the shredding part. It’s just too hot for it.

Preheat oven to 400. Bring a quart saucepan of water to boil, then add chicken and let cook for 15 minutes. Meanwhile,  roast pecans in a small roasting dish for 25 minutes, stirring once mid-way. Remove chicken, and, once cooled. roughly chop into bite size pieces and place in large bowl. Stir in pecans and scallions. Whisk sesame oil, vinegar and soy sauce in small bowl. Pour over chicken mixture, sprinkle in the cilantro and mix thoroughly. Serve immediately if you want, but, ideally, let refrigerate overnight, then serve at room temperature for lunch the following day.